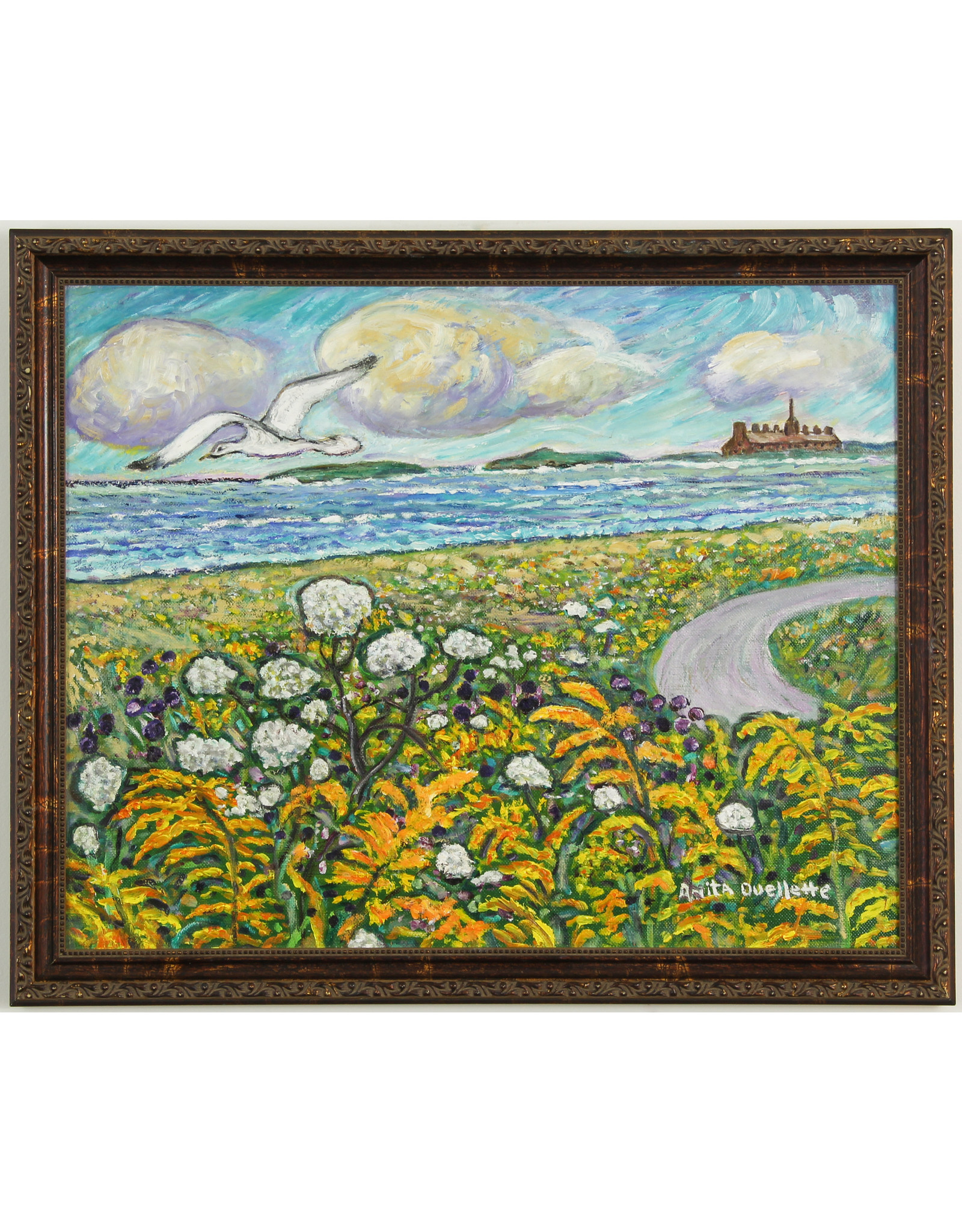 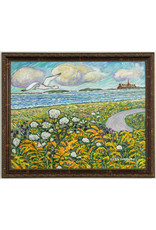 Angelicas and Golden Rods is an original oil painting by artist Anita Ouellette. This piece depicts flowers and a seagull by the coastline on an uncharacteristically clear day near the Fortress of Louisbourg.

Anita Ouellette was born in New Waterford but lived in Montreal, Toronto, and Winnipeg before returning to Cape Breton 47 years later. Self-taught, she began painting in oils as a means of expression, capturing the beauty of the Quebec countryside and its many different lifestyles. Painting portraits came naturally and, in 1985, she painted Prime Minister Brian Mulroney, which was presented to him by Rock Lasalle. Returning to Cape Breton, Ouellette settled in the historic village of Louisbourg where her passion for painting continues. 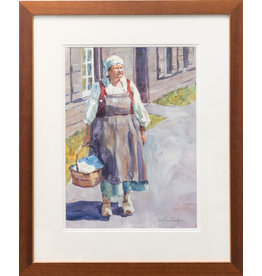 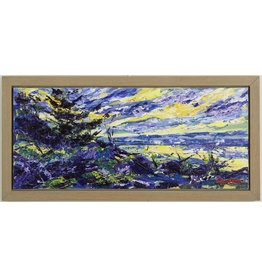 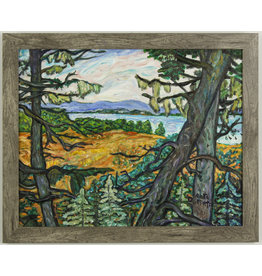 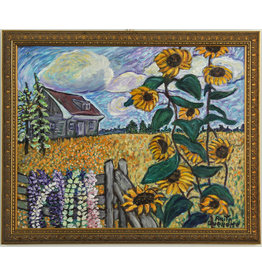